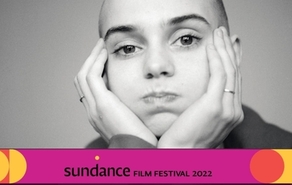 Nothing Compares, the Sinead O’Connor feature documentary from Ard Mhacha Productions and Tara Films, has been selected to make its world premiere in competition at the 2022 Sundance Film Festival.

The Irish production is among ten documentaries to be selected for the World Cinemas Documentary Competition. Films that have previously premiered in this category in recent years include Flee, Honeyland, Sea of Shadows, Shirkers, This Is Home, Last Men in Aleppo and Hooligan Sparrow.

The film will screen in Park City, Utah on January 21st (with repeat Utah screenings and online in the US). The 2022 Sundance Film Festival runs from January 20th-28th.

Other films in the category include Indian/UK co-pro All That Breathes, Sweden’s Calendar Girls, Danish doc A House Made of Splinters, Myanmar doc Midwives, Finish doc The Mission, US/Lebonese doc Sirens, Israeli doc Tantura, Brazilian/Danish/US co-pro The Territory, and UK doc We Met in Virtual Reality.

The debut feature film from director Kathryn Ferguson, Nothing Compares is produced by Eleanor Emptage and Michael Mallie. The film charts Sinéad OʼConnorʼs phenomenal rise to worldwide fame, and examines how she used her voice at the height of her stardom before her iconoclastic personality led to her exile from the pop mainstream. Focusing on Sinéad’s prophetic words and deeds from 1987 to 1993, the film presents an authored, richly cinematic portrait of this fearless trailblazer through a contemporary feminist lens.

The archive-led documentary features era-defining music videos and concert performances alongside previously unseen footage from this period. The film is underpinned by a new interview with Sinéad herself, in which she reflects on events in her own words, and from a present-day perspective.

Intimate first-hand contributor interviews add to the tapestry with additional insights from contemporary artists, musicians and social commentators introducing broader themes of Irish history, politics and global activism, all the while reflecting on Sinéad’s artistry, impact and legacy.

“As a small team of independent filmmakers we are beyond thrilled to have our film invited to premiere at this year’s Sundance Film Festival,” stated director Kathryn Ferguson. “As an Irish woman, Sinéad’s story and incredible music have been a huge inspiration to me, and I can’t wait to share the film with audiences in Utah and beyond.”

Belfast-born Kathryn Ferguson is an award-winning director whose innovative and boundary-pushing documentary work has screened globally on platforms and at film festivals worldwide. After a decade focusing on short-form work centered on identity, gender politics and community, Nothing Compares marks her first feature documentary.

Lesley McKimm, Project Manager for Film at Fís Éireann/Screen Ireland, added: “Our huge congratulations to director Kathryn Ferguson and the creative team behind Nothing Compares on the film’s Official Selection to the 2022 Sundance Film Festival. Sundance is renowned for its recognition of new filmmaking voices and its competitive selection process, and continues to be one of the most outstanding platforms for independent documentary to be discovered around the world. It’s fantastic to be one of only ten international documentaries selected from around the globe.”

The documentary is edited by IFTA-winning editor Mick Mahon, who took to twitter to announce the news of the Sundance Selection. “I spent most of this year editing this film, Nothing Compares,” Mahon said. “Delighted it will have its World Premiere at Sundance 2022.”

I spent most of this year editing this film, Nothing Compares.
Delighted it will have it’s World Premiere at Sundance 2022.
The story of Sinéad O’Connor’s phenomenal rise to worldwide fame, and subsequent exile from the pop mainstream. #sinead #NothingCompares #Sundance2022 pic.twitter.com/zrwnKABtTm— Mick Mahon (@mickmahon13) December 9, 2021

O’Connor, who now goes by Shuhada Sadaqat after converting to Islam in 2018, burst onto the international music scene with her 1987 album The Lion and the Cobra and her 1990 song  Nothing Compares To U (written by Prince), and has been an inspiring musician and outspoken public figure for over three decades.

An often-controversial figure, she is arguably best known for appearing on US Comedy Show Saturday Night Live in 1992 where she performed a cover of  Bob Marley’s War, intended as a protest against the sexual abuse of children in the Catholic Church. She made international headlines when she tore up a photo of Pope John Paul II while singing the word “evil”.

Earlier this year, O’Connor announced her retirement from music after the 2022 release of her album No Veteran Dies Alone, but later announced that she would tour next year. Also this year, in an Irish Independent piece, she interviewed Ian Bailey, who featured in Jim Sheridan’s Murder in the Cottage and Netflix’s Sophie: A Murder in West Cork, both of which documented the murder of Sophie Toscan Du Plantier 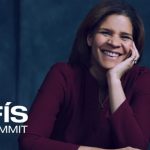 Next:
Netflix’s Anne Mensah To Speak at the FÍS TV Summit 2022